Automatic exchange of financial information: Spain wants to anticipate it from next year

The automatic exchange of financial information in Spain could be real from September 2017, according to the initiative of the “G-5”.The subject of an automatic exchange of information system between EU Countries is essential and doubtlessly of difficult achievement, since it presupposes deep collaboration between Member States administrations and the standardization of their procedures.

What is the aim of the automatic exchange of financial information?

On October 29th, 2014, an historical multilateral agreement was signed in Berlin, foreseeing the different Competent Authorities to automatically share information on the financial matter, in order to fight frauds and tax evasion.

50 Countries, including Spain, took part of the agreement and many others joined in a second time, elevating the actual number of participants to 84. 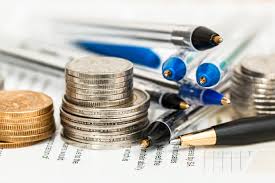 The initiative was proposed by five Countries: Spain, Germany, France, Italy and the UK (the “G-5”), that in 2013 communicated their intentions to the European Commissary for Taxation and Customs, starting the formal procedure. Starting One year later, at the beginning of 2014, a draft agreement was reached, followed soon by the definitive text.

This group of promoting Countries, including Spain, recently decided to anticipate the effects of such agreement to the beginning of 2017, instead than 2018 like the other members agreed to do. The information shared will be the one referred to the financial year 2016.

When the decision was made official by the Spanish Government?

Spain made the decision official the 9th of September 2016, with the publication in the BOE (Boletin Oficial del Estado).

The new AEOI will bring an important and radical improvement for what it concerns international transparency and fiscal control, which was perceived at EU level as dramatically urgent, due to the volume of the operations yearly carried out and the many possible frauds.

The information that will fall under the scope of the agreement is wide: it will affect any kind of financial account, including bank deposits, shares in mutual funds and insurance revenues. The data transmitted will be the ones regarding balances, amounts collected and operations, showing the identity of the operator and of the beneficiaries.

Those data will be transmitted automatically, that means without any need for the fiscal authorities of any country involved to start an investigation, and without the need of any evidence of fraud.

In Spain, the Agencia tributaria will use those data to control that the taxpayers won’t escape their liabilities, for example by the omission to present the famous modelo 720, the form used by Spanish residents to disclose on goods or accounts located abroad.

The new measures about the automatic exchange of financial information will allow a deeper, faster and more effective control.

Please contact us for more information on the matter.