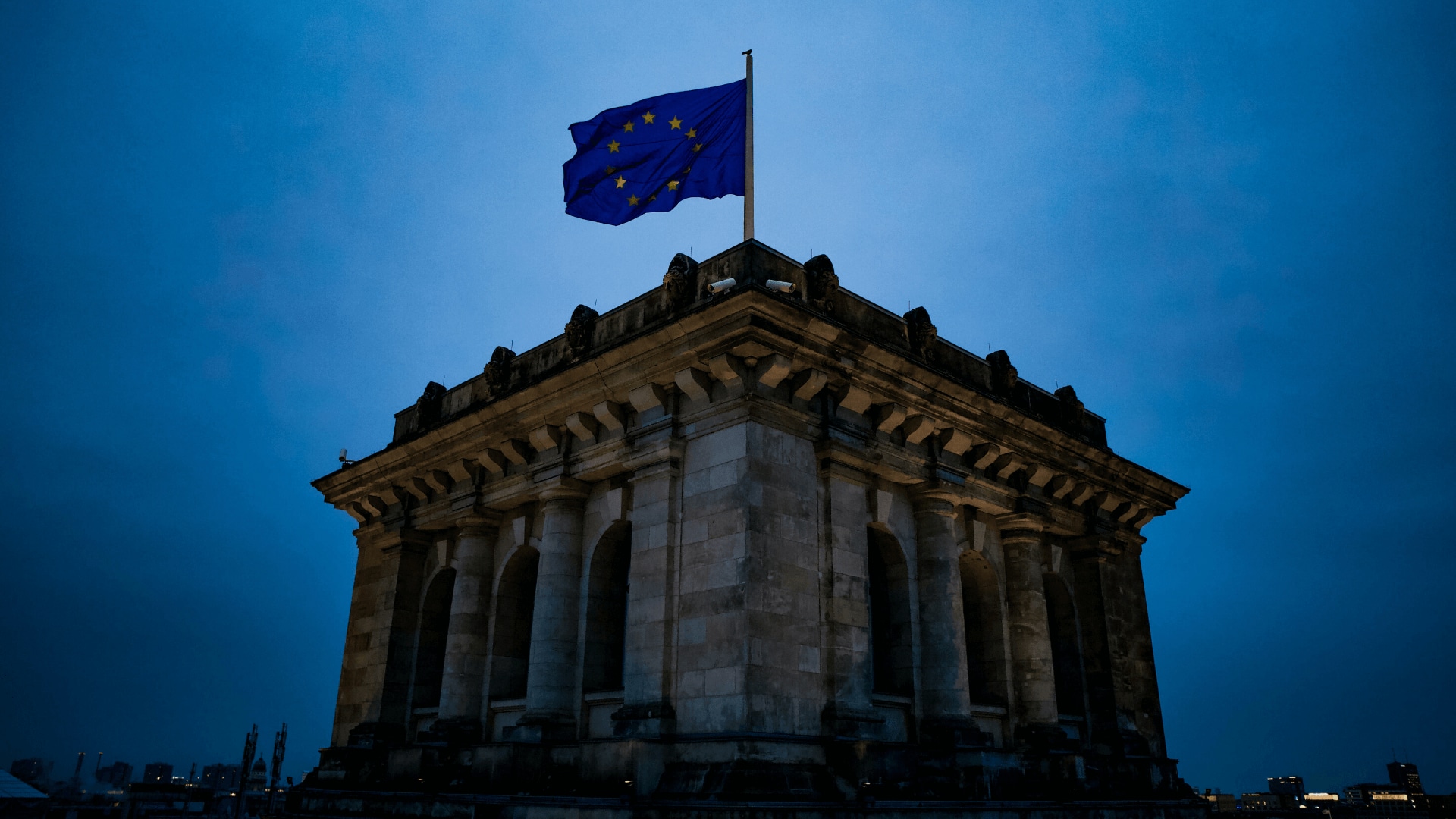 Abuse of a dominant position is a situation in which an economic operator takes advantage of its market power and thus influences the determination of the price of the good or service it produces. This behavior is illegal according to European Regulation 1/2003 which is directly applicable by the member states of the European Union without the need for transposition through domestic legislation.   EU competition rules apply directly in all Member States, so national courts are obliged to defend them. These rules apply not only to companies, but to all organisations engaged in an economic activity (such as professional associations, sectoral groupings, etc.). Abuse of a dominant position occurs when an undertaking takes advantage of the fact that it has the largest shareholding in the sector, or that it is the sole producer (monopoly). Thus, it sets a very low price on its merchandise, for example, so that no other company can compete.

Abuse of dominant position has several consequences. One of the most important is that it discourages new companies from entering the sector. In the absence of competition, the dominant producer has no incentive to offer a quality good or service. This is particularly relevant in strategic markets that affect the well-being of citizens, such as public services. In this sense, it should be noted that in sectors such as electricity, communications or health, there are economies of scale and larger companies are able to produce in greater volume. Therefore, they can lower the price so that the profit margins of the rest of the competing companies remain under minimums and have to leave the market. Another common practice occurs when several firms exercising the dominant position agree to fix prices and production, managing the supply and demand curve at will. Consequently, they can maintain, for example, a high price of their merchandise.

Given these situations of abuse, regulators, i.e. the national authorities for monitoring the abuse of a dominant position and the European Commission itself, set out various punishments. Thus, significant fines and administrative sanctions are imposed that even prevent the exercise of economic activity. When a company infringes EU competition rules, it may end up facing a fine equivalent to up to 10% of its annual turnover worldwide.

WHAT ARE THE DECISIVE CRITERIA FOR DEFINING THE DOMINANT AND ABUSIVE POSITION AND WHO HAS THE BURDEN OF PROOF?

WHAT CAN A COMPANY DO TO PROTECT ITSELF AGAINST ABUSE OF DOMINANT POSITION AT EUROPEAN LEVEL?

In cases of urgency justified by the risk of serious and irreparable damage to competition, the Commission, acting of its own motion or after having received a complaint from the injured undertaking or undertakings, may adopt precautionary measures by decision on the basis of a prima facie finding of an infringement. Any decision taken pursuant to European Regulation 1/2003 shall apply for a specified period and shall be renewable, where necessary and appropriate.

WHAT ARE THE SPECIFIC COMPETENCES OF THE EUROPEAN COMMISSION IN THIS AREA?

(b) examine books and any other professional documentation, whatever their material medium;

(c) make or obtain copies or extracts in any format of such books or documentation;

(d) affixing seals to any of the premises and books or documentation of the undertaking for the time and to the extent necessary for the inspection;

(e) request from any representative or member of the staff of the undertaking or association of undertakings explanations of facts or documents relating to the subject matter and purpose of the inspection and to record their replies.

Undertakings and associations of undertakings will therefore be obliged to submit to the inspections which the Commission has ordered by decision. The decision shall indicate the subject matter and purpose of the inspection, fix the date on which it shall commence and refer to the penalties provided for in Articles 23 and 24 and to the right to appeal against the decision to the European Court of Justice. The Commission shall take these decisions after consulting the competition authority of the Member State in whose territory the inspection is to be carried out.

The Commission may, by decision, impose on undertakings and associations of undertakings fines of up to 1 % of the total turnover achieved during the preceding business year where, intentionally or negligently:

(a) provide inaccurate or misleading information in response to a request made pursuant to Article 17 or Article 18(2);

(b) provide inaccurate, incomplete or misleading information in response to a request made by decision taken pursuant to Article 17 or Article 18(3), or fail to provide the information within the time limit set;

— give an inaccurate or misleading answer,

— do not rectify an incorrect, incomplete or misleading answer given by a member of their

staff within a maximum time limit set by the Commission, or

— fail or refuse to give a full answer on facts relating to the subject matter and purpose of the inspection ordered by decision taken pursuant to Article 20(4);

(e) have broken the seals affixed by the officials or their accompanying persons authorised by the Commission pursuant to Article 20(2)(d).

In addition, by decision, the Commission may impose fines on undertakings and associations of undertakings where, intentionally or negligently:

(a) infringe the provisions of Article 81 or Article 82 of the Treaty, i.e. act abusively by taking advantage of their dominant position on the market;

(b) contravene a decision ordering the adoption of interim measures pursuant to Article 8 of the Regulation;

(c) do not comply with an undertaking which is binding by decision of the Commission.

WHAT IS THE MONETARY LIMIT OF SANCTIONS AND WHEN DO THEY PRESCRIBE?

For each undertaking or association of undertakings participating in the infringement, the fine may not exceed 10 % of the total turnover achieved during the previous business year. Where the infringement of an association relates to the activities of its members, the fine may not exceed 10 % of the total turnover of each member operating on the market whose activities are affected by the infringement of the association.  In order to determine the amount of the fine, account should be taken, in addition to the gravity of the infringement, of its duration. Where undertakings or associations of undertakings have complied with the obligation for the enforcement of which the periodic penalty payment was imposed, the Commission may fix the final amount of the penalty payment at a figure lower than that resulting from the initial decision.

In all cases, the Commission may, by decision, impose on undertakings and associations of undertakings periodic penalty payments of up to 5 % of the average daily turnover achieved during the preceding financial year for each day of delay from the date fixed in its decision, in order to compel them to put an end to an infringement or to comply with a decision ordering precautionary measures,  adopted pursuant to Article 8 and/or to fulfil a binding undertaking, by a decision adopted by the Commission.

To conclude, it is important to emphasize that the position of dominance in itself is not prohibited, but the abusive behaviors that may derive from it. Therefore, in order to analyse whether business conduct constitutes an abuse of a dominant position, it is necessary to determine successively which relevant market is concerned, both in terms of sector and geographically, and thus be able to determine whether there is a dominant position of one undertaking or of several undertakings in that market together,  and whether the conduct of the undertaking or undertakings in a dominant position can be classified as an abusive exploitation of a dominant position. It is a complicated preliminary study both at a legal and business level and that is why it is highly advisable to use the specialized professional services of our team before starting the infringement procedure before the European Commission or before the Spanish National Competition Commission.

In the ranking of the International Doing Business Index 2020 carried out each year by […]
Read more
We use our own and third party cookies for analytical and statistical purposes aimed at improving our content and to offer you a better service. If you want more information you can access our Cookie policy. This site is protected by reCAPTCHA and Google. ACCEPT More options
Cookie policy